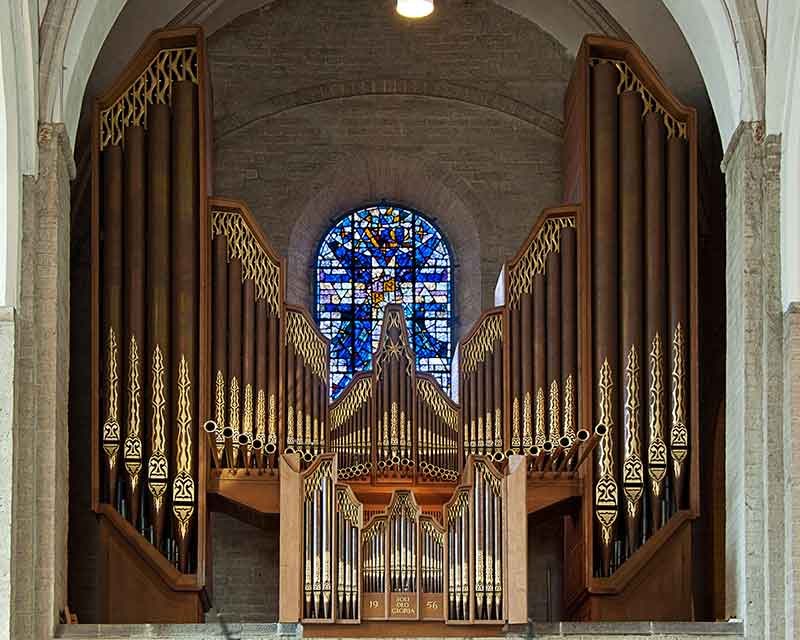 Die Erfüllung aller Ansprüche auf eine Orgel was commissioned by the Nicolaïkerk in Utrecht to celebrate the 60th birthday of the Marcussen-organ located in this church - an exceptional and versatile instrument, internationally acclaimed for both its sound and design. The concert program of the celebration concerts contained pieces for a couple of different instrumentations. In Die Erfüllung every one of those elements came together, hence the unusual instrumentation.

There are two different story lines that emerge during the piece. The first one runs throughout the whole piece and has to do with the organ as an instrument and organ building in general. For this, short descriptions have been used of some basic principles of how the organ is conceived which have been written by Michael Praetorius (1619) and Dom Bédos de Celles de Salelles (1766).

The second story line allows that the piece as a whole can be divided in two parts. It tells us the story of the organ in the Nicolaïkerk. In the first half of the piece this is done by way of some short quotes that express the impassioned desire, at some points approaching the dramaticism of opera, of Lambert Erné, the former organist of the Nicolaïkerk, to commission the Danish firm Marcussen to build a new organ for the church. Also, he tells us about his needs concerning the technical specifications and composition of the organ, which in the music is being illustrated in sound in real time. In the second part of the piece, the new organ is finished and we hear something about reactions on this new instrument.

As a postlude to the piece we hear the sounds of church bells, in this case arranged for organs and brass. Because of this, it is fitting (but not required) to connect a performance of Die Erfüllung to a subsequent performance of the piece Hemony for carillon. 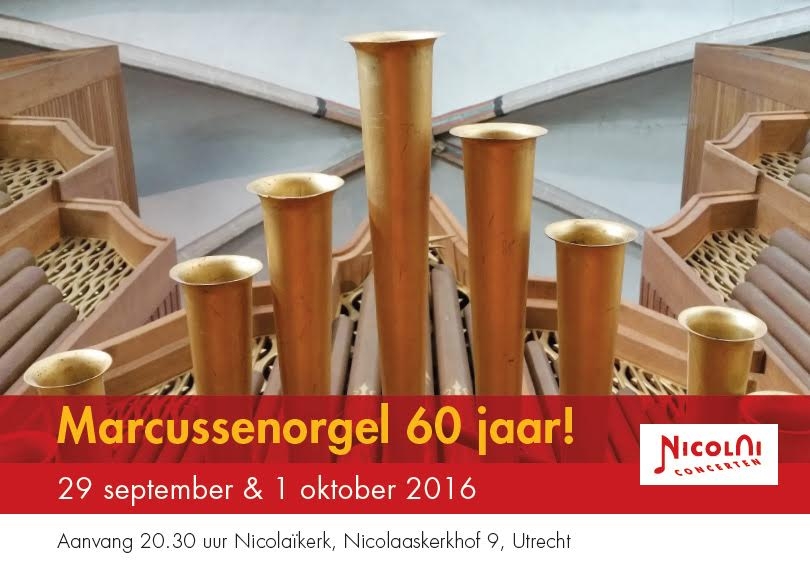