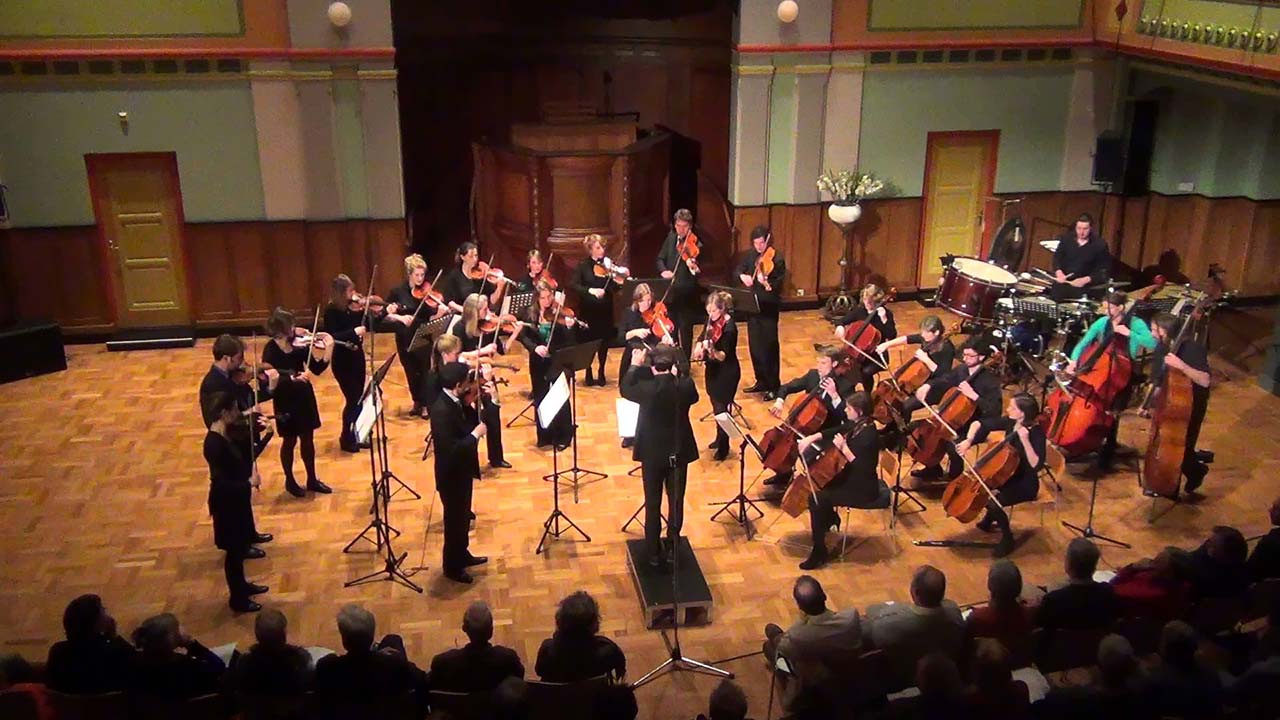 The starting point for Artifact Distortion was to create some kind of instrumental synthesis of a variety of electronic music genres such as 'breakcore', 'drone', 'noise' and 'glitch', while at the same time developing a refined harmonic concept that would suit the translation of these materials to an instrumental context. The instrumentation employed in the piece, namely, organ, percussion, and string orchestra, offers interesting possibilities to approximate the often complex timbres of these styles of electronic music, whose range frequently extends to very high frequencies. Both the relentless activity as well as the static elements that are characteristic of the styles on which I focused have found their place in the piece. The presence of a solo percussionist (which makes reference to Poulenc's Concerto for Organ, Timpani and Strings) gave me the opportunity to introduce many cut-up allusions to the so-called 'Amen break' (sampled from Amen, Brother by The Winstons), which is one of the most frequently sampled drum breaks in hip hop and popular music. The work of the following three artists is especially noteworthy for me in relation to the piece: the overwhelming, raw, physical, driving ostinati of Merzbow; the montage forms and irregular breakbeats of Venetian Snares; and lastly, the pulsating rhythms and the abrasive structural, ultra-high pitch-oriented electro-spectralism of Ryoji Ikeda.