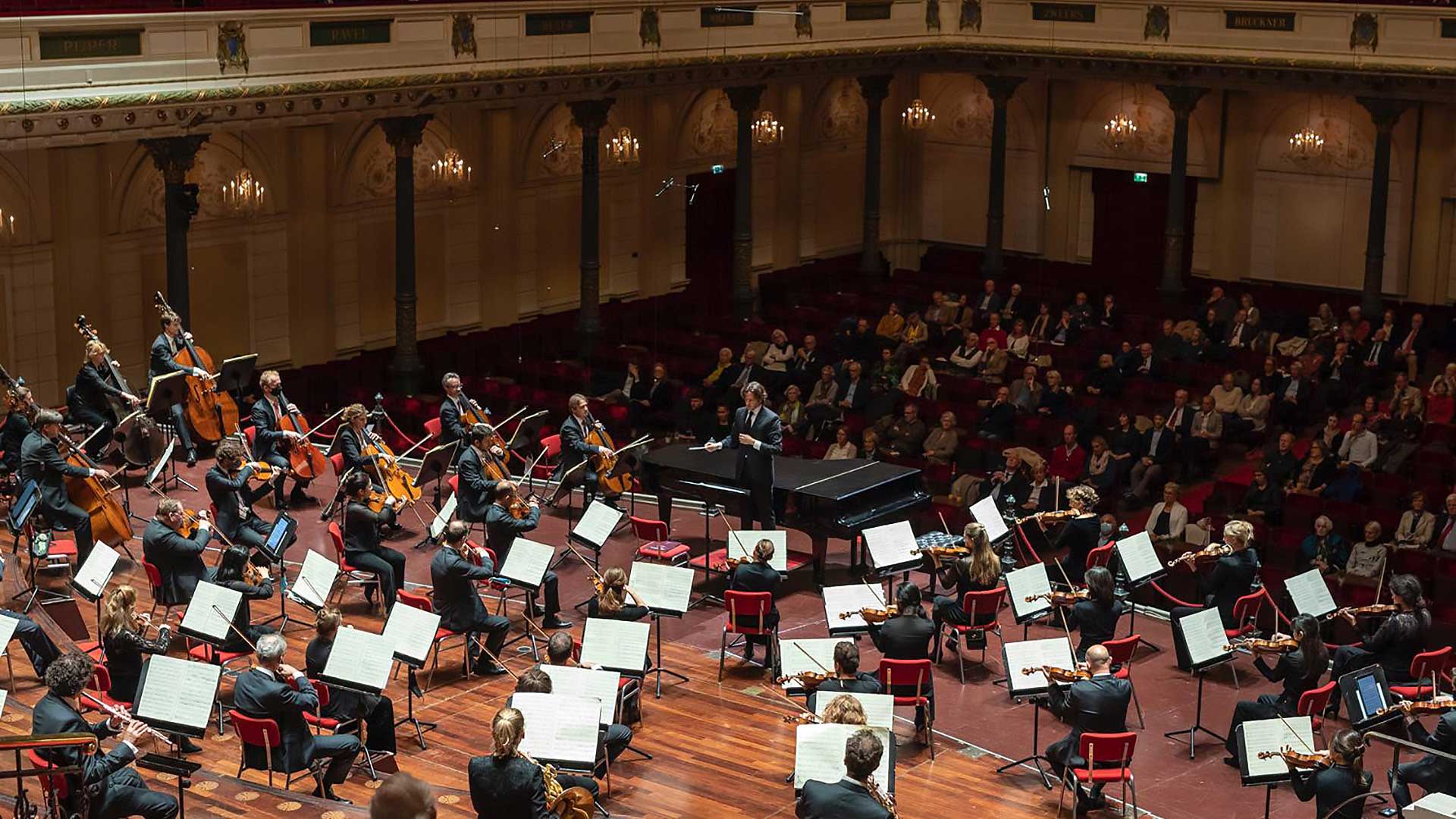 On the occasion of the 250th anniversary of Ludwig van Beethoven's birthday in 2020, the Concertgebouw Orchestra performed all (i.e. 1-5) of Beethoven's piano concertos, conducted by Gustavo Gimeno, with Krystian Zimerman as soloist. For this series, the orchestra asked for a new work as a kind of 'companion piece' to one of the concertos. We agreed on the 4th piano concerto, which has long been one of my favorites in the repertoire. Eventually, the piece was performed together with the 3rd, the 4th, and the 5th piano concerto.

Beethoven's autograph manuscripts contain a lot of nuanced and hugely valuable information about the music, not all of which can be found in the printed scores. When searching for digital reproductions of them online, I found out that, unlike the other concertos, the manuscript for the 4th concerto - unfortunately - is lost. This fact led me to choose the title, 2270, that from itself raises a broad range of questions to think about.

In terms of the personal ways to relate to the occasion of the anniversary and to Beethoven's work in general, as well as the 4th concerto in particular, the piece is a kind of snapshot, with links on multiple levels. The most notable two main elements are bits of material taken from two passages in the 4th concerto. The first of these bits is the moment of re-entrance of the soloist after the orchestral exposition, with its mild harmonic tension that is reflected upon in many passages in 2270.

The second is a short modulating passage in the concerto's third movement, which in 2270 doesn't return to the main key, but instead restarts the same progression on the last chord, and thus creates the possibility of an endless chain that moves through all the different keys.

Both of these materials are alternated, contrasted, and subjected to various kinds of transformations. For example, in the beginning of the piece the modulating passage is presented in a slowly moving manner, but at other times it moves so fast that it becomes nearly unrecognizable. Often it is layered upon other variants of itself polyphonically.

It is known that Beethoven sought ways to deal with his loss of hearing, such as using ear trumpets and other hearing aids, as well as having a giant 'Gehörmaschine' built that was installed over his piano. Another way is that he used bone conduction to perceive the sound of his piano, by placing a rod on the soundboard of his piano and biting the other side of it with his teeth. The sound that he perceived through those devices was distorted, and different from what people with normally functioning hearing would hear. At some point later in the compositional process, I was plagued by a bit of water that ended up in my own ear for a day or two, causing resultant tones and strange deforming of perceived sound. It was at that moment that I realized that some of the colorations and timbral alterations that I had applied in the piece might form a parallel to the distortion one encounters in the case of those unusual ways of perceiving sound.