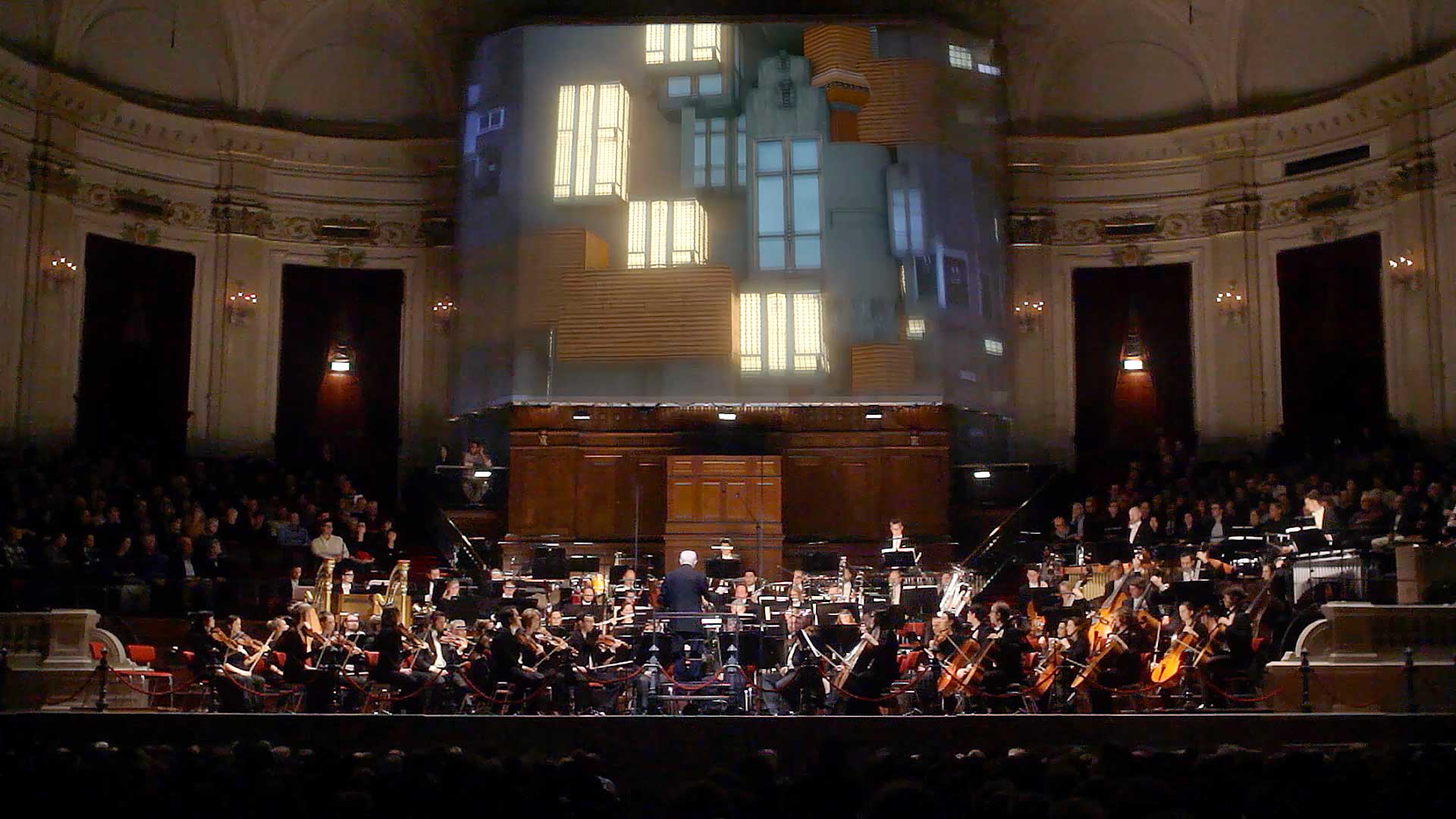 Wendingen is based on the principles of the Amsterdam School, a style of architecture that arose from 1910 through about 1930 in the Netherlands. While a manifesto or written ideology concerning the Amsterdam School does not exist, the many examples of buildings, blocks, and objects allow us to determine plenty of similarities in terms of general characteristics and to observe a wealth of unique, tailor-made, and very specific details, which both tell us a lot about the aesthetics and approach of the artists associated with the Amsterdam School.

The goal of the piece is not to illustrate, explain, or educate but to create a new work of art that uses these data as a starting point. This takes shape in various ways, with a continuously shifting focus and highlighting various issues. Take for example the organic shapes and bows that are used by the Amsterdam School and the always present sense of proportions, often unusual but at the same time somehow natural and intuitive.

The work of the artists associated with the Amsterdam School can be characterized as displaying a great freedom, fantasy, and richness of ideas. Although an underlying structure is present in the buildings of the Amsterdam School, it is hidden from view, never exposed; the attention of the observer is drawn away by way of fantastical gestures, expressive and imaginative forms. For the piece, smaller scale features such as the sense of ornamentation and the great attention for details are nevertheless just as important.

The translation of visual data to sound takes place in more literal ways as well. Rhythms derived from patterns present in the design of the façade of the apartment building Het Schip are used as recurring material – at its most faithful reproduction preceded by an aural depiction of the so-called 'Cigar,' a spherical structure located on the side of the building.

In the piece, all these levels relate to each other and form layers and counterpoints. The title Wendingen refers to an architecture and art magazine from the 1920s that is associated with the Amsterdam School, but at the same time the word can be interpreted by many of its Dutch meanings, for example, 'twists', 'turns', 'turning points', 'spins', 'changes', 'shifts', and 'reversals'.

The piece was commissioned by the Royal Concertgebouw Orchestra. The first performances were conducted by George Benjamin and accompanied by visuals by studio WildVreemd, created especially for the piece.